A day in the life of a fantasy mapmaker 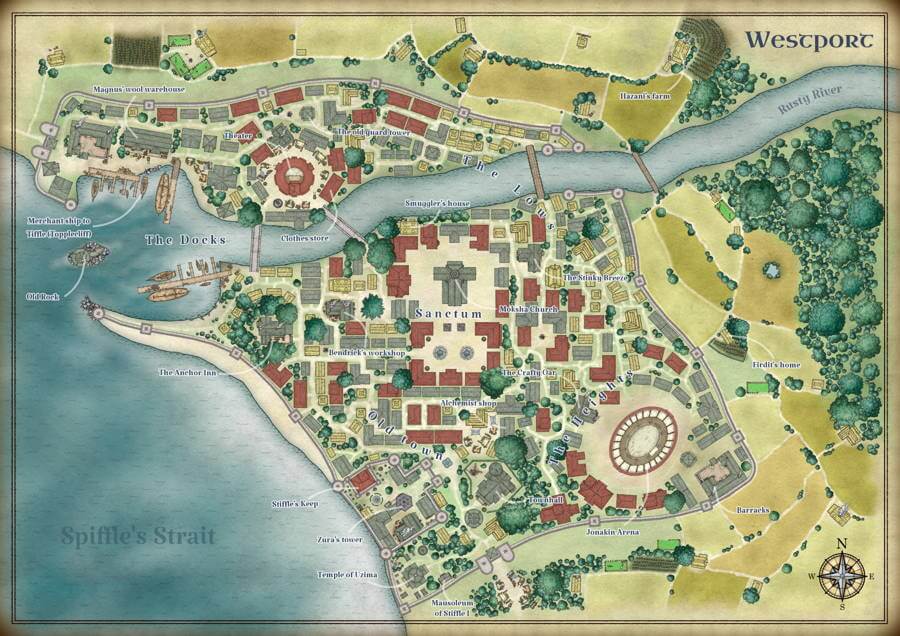 Fantasy mapmaking is one of the things I do in my life. I’m not the type of person who can sit down and do the same thing every day, over and over again, so I usually have specifically designated mapmaking days.

Such a day starts with catching up on my emails. Emails I receive from commissioners or potential commisioners often contain either lots of information or very detailed information (or both). They’re not the kind of mails I can quickly read and reply to at any given moment, so I tend to keep them ‘unread’ until I have the time to properly take it in and reply.

After that, I update the status of all commissions in my Excel list. A status can be ‘finished’, ‘on hold’, ‘waiting for information/feedback’ or ‘work on it’. After updating the list, I first pick the map that requires only very little work (only changing some minor details). That cleans the list after which I start on the ‘work on it’ map that’s been longest on the list to work on.

Then I work on a map until a point that I either need more information from the commissioner or that I’ve reached a ‘point of no return’. That point isn’t really as strict as it may sound, since I make all maps digitally and in the end, everything can still be changed. But there are some things that are easier to change than other things. It can be quite inconvenient for example, when I have to change the shape of a landmass when I’ve already added mountains, rivers, forests and cities to it. If it’s a big change, it can mean hours of extra work, which I could’ve avoided by asking for feedback sooner. So, when I reach a point that feels like a ‘no return’, I save the file, make an export and ask the commissioner for feedback (and change the status to ‘waiting for information/feedback).

And then, it’s time to start working on the next map in line…

If this is the most efficient way of working, I’m not sure. But it’s a way that works for me. I do need a baseline of order and structure in my work, but absolutely no more than a baseline. In all fairness, I love chaos and working on many different things simultaneously. I don’t think I’ll be able to work on just one map for a whole day straight. And I just love it that at the end of a mapmaking day, I can say I’ve traveled through several worlds in just one day!