Some quests are better done with brains

For those who wish to sometimes use brains rather than raw muscle, we offer:

The man-eating birds of the Puffin Islands

About 25 years ago, a well-known adventurer named Oghrin was the last known person to set foot on Stymphalia, the most western of the Puffin islands. People say he went looking for an extremely rare and precious artifact, but as with all people traveling to Stymphalia, Oghrin never returned. As an adventurer in a world called Asnia, you’re always looking for ways to make some coin. It seems to be your lucky day, when you stumble upon an old, handwritten note by Oghrin himself. 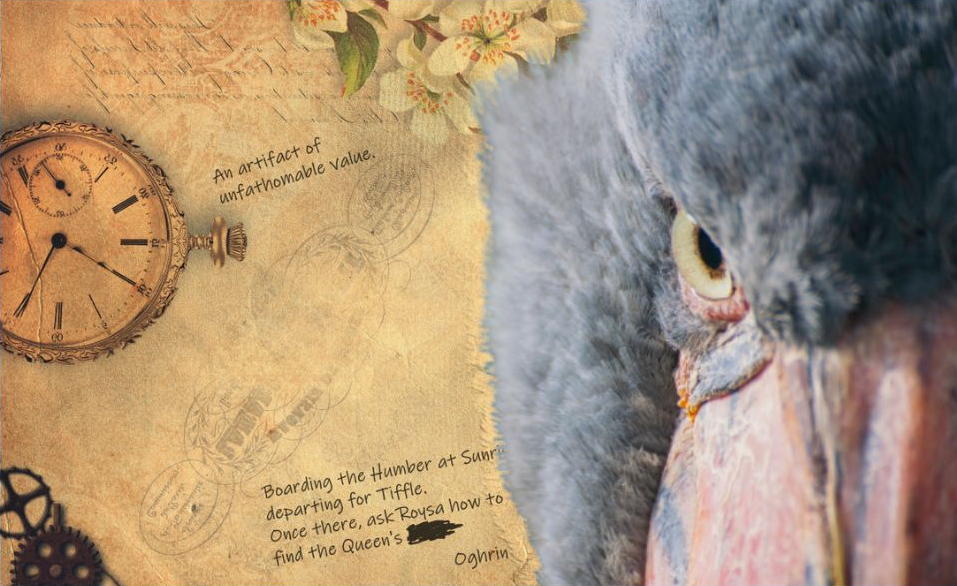 This game is available from 1 January 2023. You can pre-order now with a 20% discount as part of a subscription which you can cancel at any time. 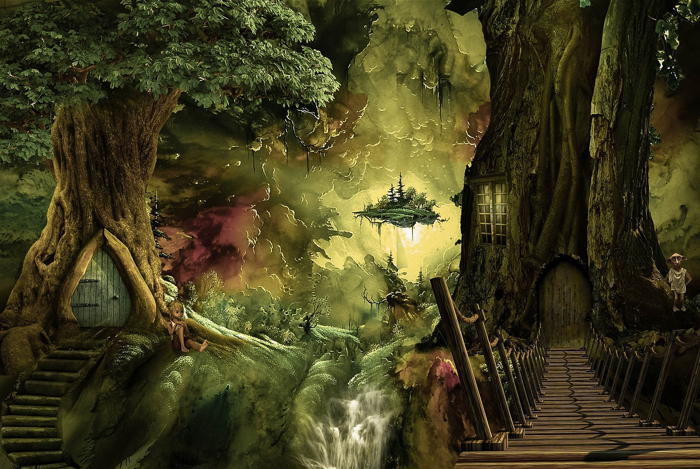 This winter-themed stand-alone game is only available between October and January.

The Longest Night in Bell-Ville

The Longest Night is coming to Bell-Ville and the village
is totally unprepared. Everything for the celebrations
still has to be arranged, and perhaps more important:
the Frost Shield must be activated!

Because not only The Longest Night is coming, but at
the same time, the village is also heading straight
towards The Frozen Wastelands.

Can you protect the villagers of Bell-Ville in time and
ensure them a great celebration of The Longest Night?

The Mysterious Case of Dancing Mania

During renovation works, a time capsule from the early 16th century was discovered. It contains notes and reports on a strange phenomenon that brought the mayor of the city where it took place, close to despair. Out of the blue, hundreds of people started dancing in the streets and for some reason, they seemed unable to stop. The city’s wisest scholars have scribbled their theories of the event on notes, before they fell victim to this mania themselves.

Now, more than 500 years later, the mystery still hasn’t been solved and a local museum is calling for help from the public in discovering what really happened. Will you be one of the volunteers to help decipher the notes and trace back what put in motion the chain of events that lead to the dancing mania? 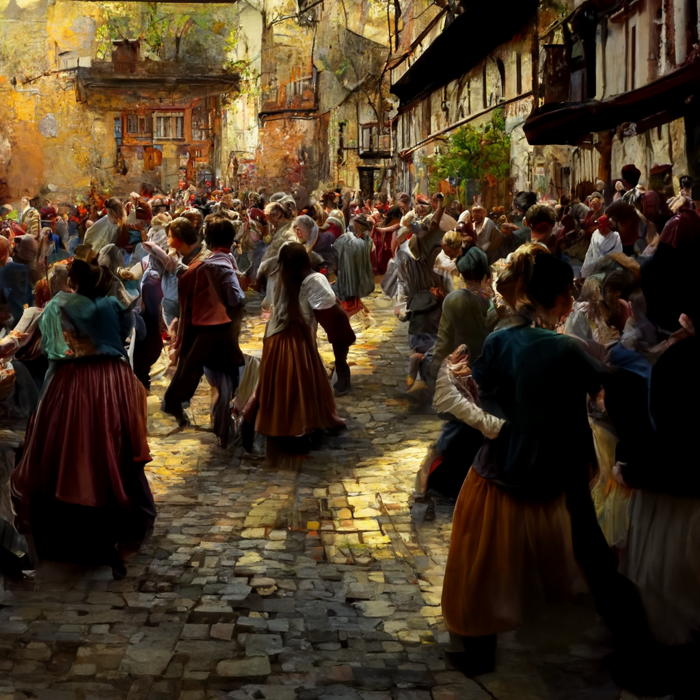 This game was part of the subscription, but is now available as a stand-alone game. 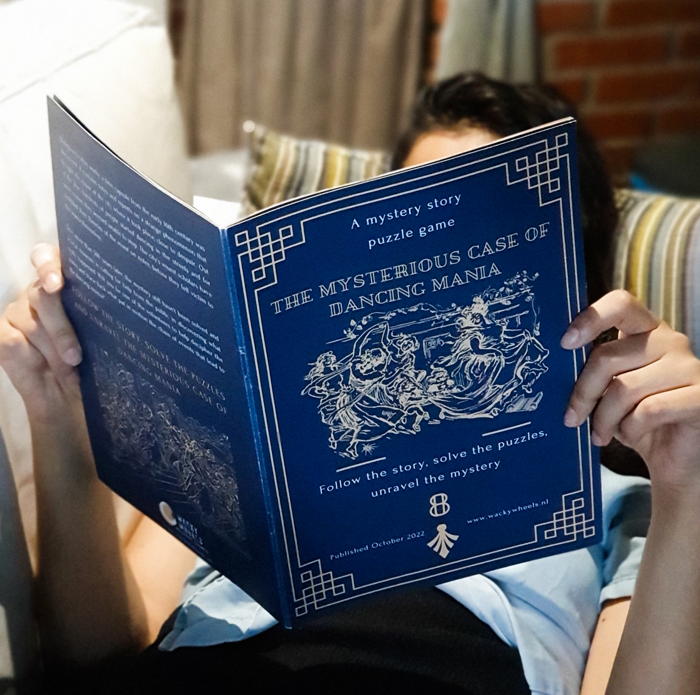 Subscribe and enjoy a new at-home escape game at a discounted rate every 3 months.

Every game is a stand-alone puzzle experience. What all games have in common, is that there’s a mysterious story that you have to unravel by solving a great variety of puzzles. Sometimes the games are based on true stories and sometimes they’re completely fictional.

The Mystery Story Puzzle Games are designed with a wide audience in mind. The difficulty level can best be described as intermediate, although individual puzzles can sometimes vary from easy to hard. There’s no emphasis on a specific type of puzzle, but a healthy mix of all sorts.

The Mystery Story Puzzle Games are in the format of a magazine (A4). They’re perfect to play at home on a rainy day or to bring along on a long trip in the bus, train or plane.