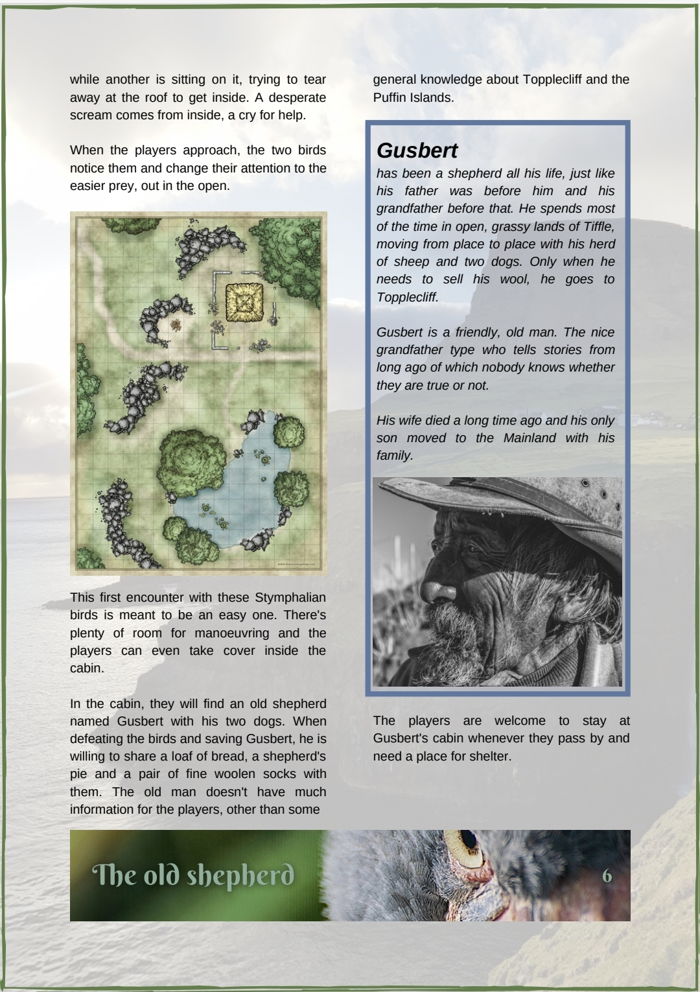 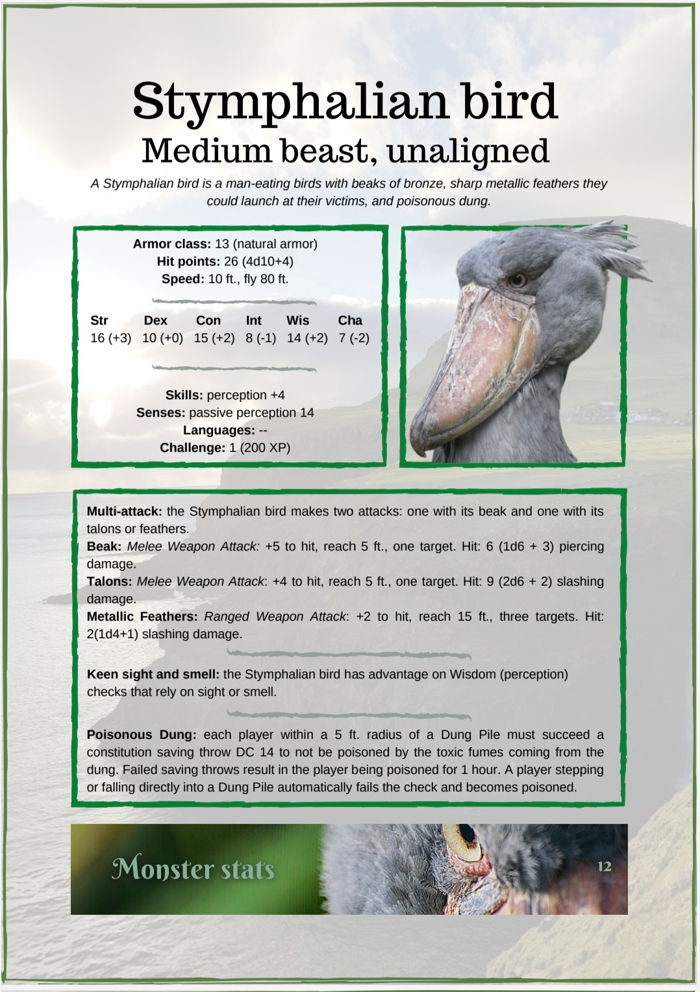 If you want all the map that are part of this adventure in high resolution, check out the shop and buy the whole bundle at a discounted rate.

Rumors are spreading from tavern to tavern about an adventurer who was in search of something valuable 25 years ago, but never returned. To learn more about this, players travel to a small village on the edge of a cliff. On their way, they save an old shepherd from big, evil-looking birds.

In the village they learn more about these man-eating birds, which have been increasingly harassing the villagers lately. While learning some secrets about the birds, the players prepare to solve the villager’s issue.

Reaching the island of the man-eating birds, the players find a cottage that belonged to the adventurer from the rumors. While getting attacked again, they may discover a secret underground room which reveals what the adventurer was looking to obtain: the egg of the biggest and meanest of all the birds which is called the Queen. They also learn that without the queen, all the other birds won’t venture away from their own island anymore.

The players learn that the Queen can be found in the Queen’s cave. Here they can end the problems for the villagers and obtain the Queen’s egg which yields good money on any market for rarities.