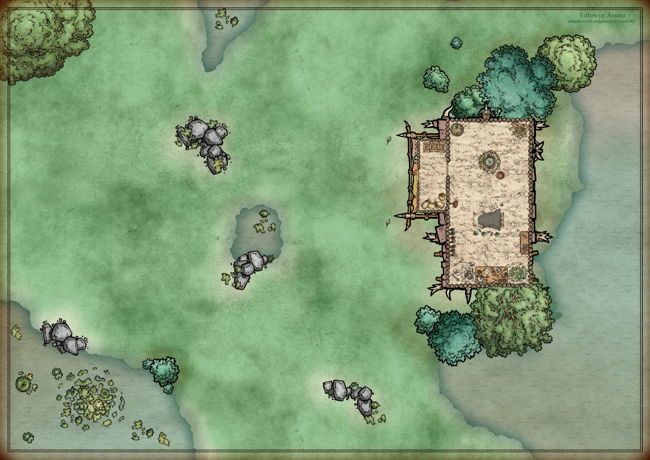 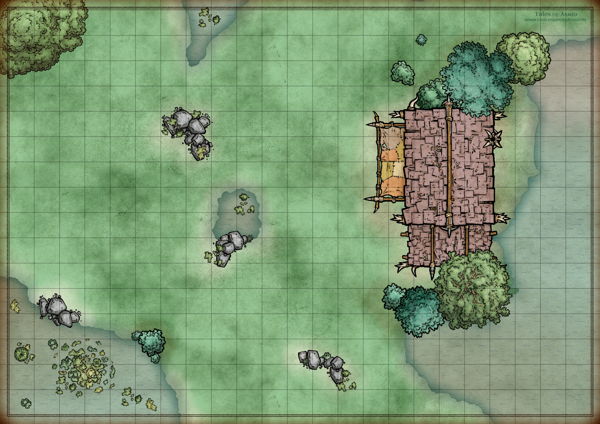 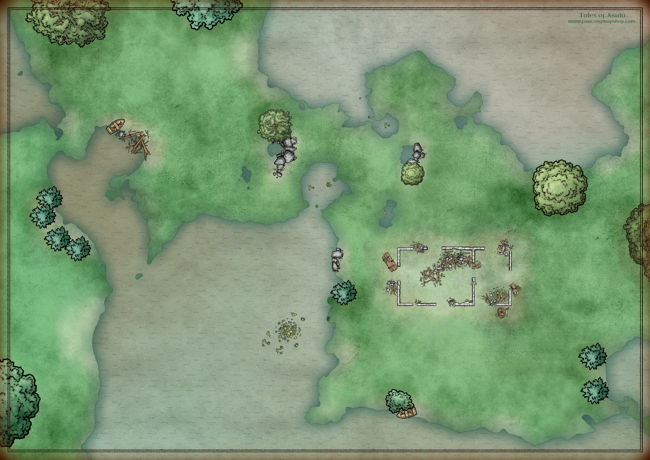 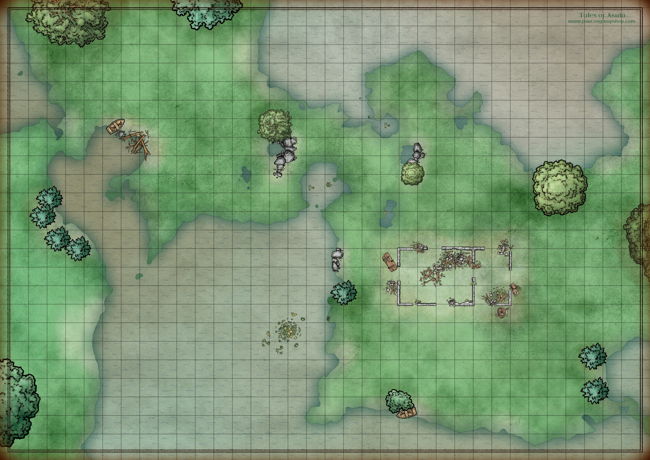 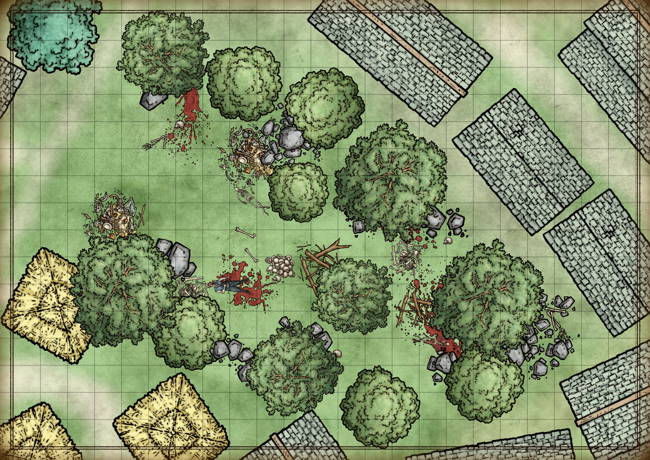 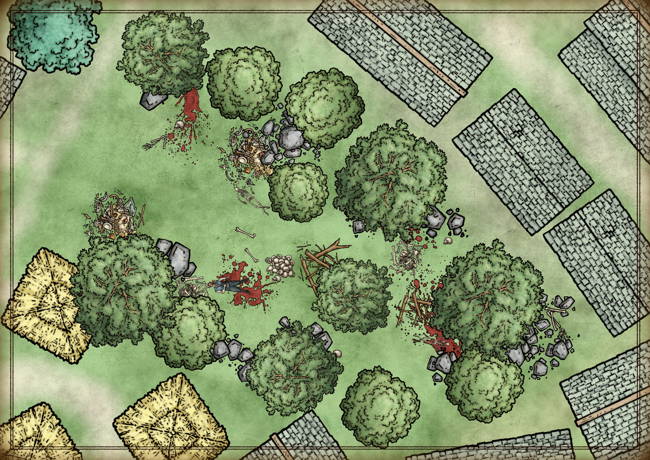 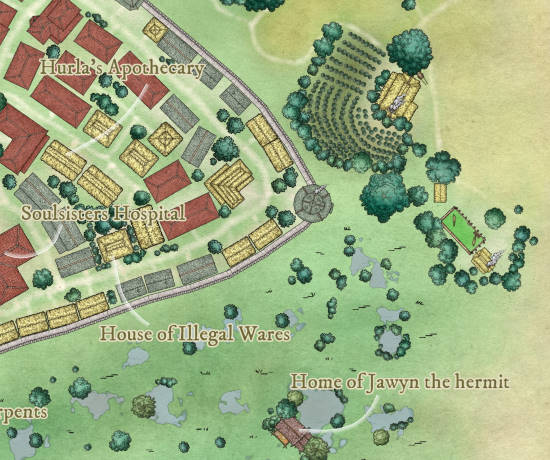 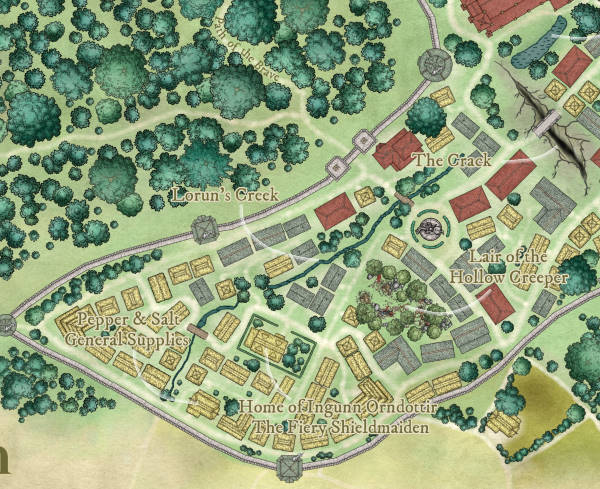 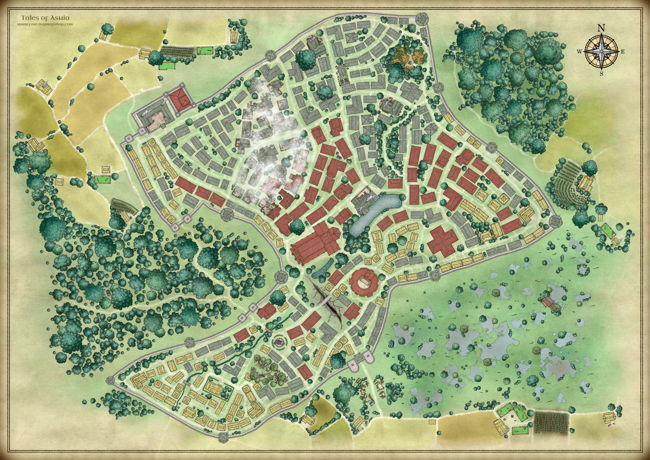 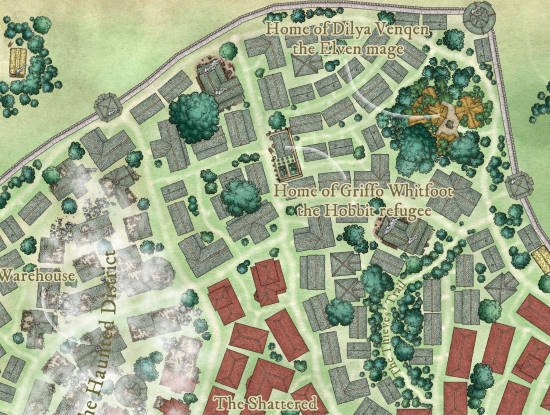 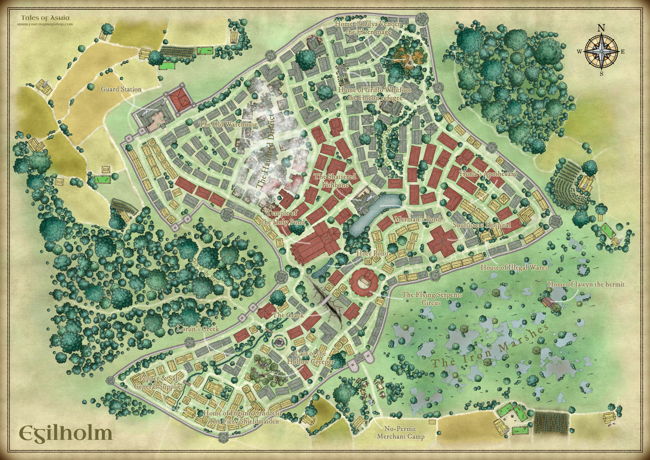 Egilholm is the capital of the similarly named region with a population of 1,730. The region itself is only thinly populated, especially the part of the Lower Iron Hills in which the town can be found.

The town is home to some odd inhabitants:

And then there’s of course the Lair of the Hollow Creeper, the Haunted District, the Flying Serpents Circus, the Iron Marshes and the famous inn The Shattered Fishbone.

Plenty to do and discover in Egilholm!

This pack contains a city map and 3 encounter maps of locations that you can find on the city map.