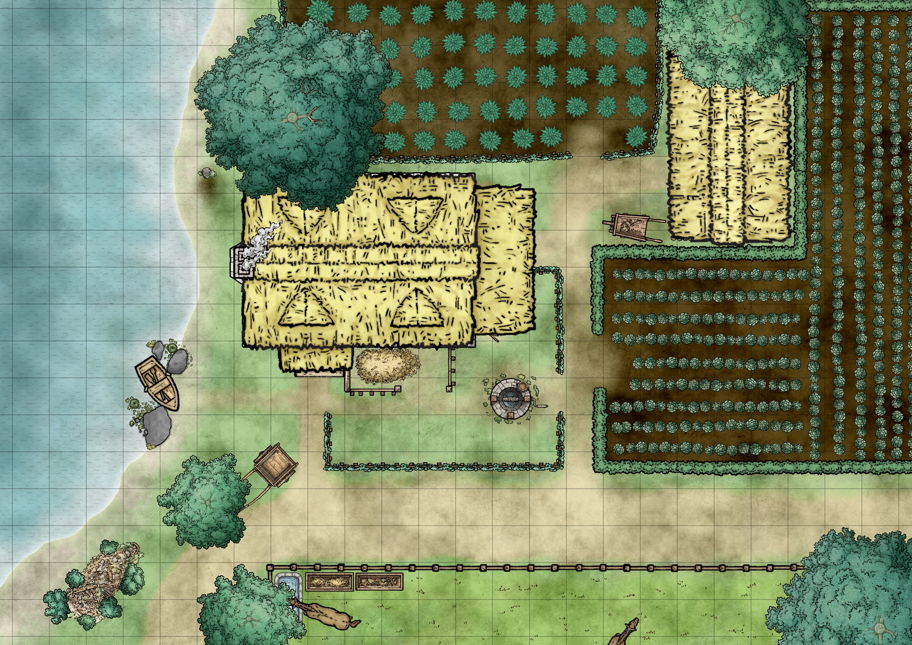 On the shores of the Varga Basin, Fenna and her husband Vidor live on a peaceful farmstead. Although they run the farm together, everybody in the area knows that Fenna is the driving force behind the hard work that needs to be done every day.

Ever since their only child died, Vidor hasn’t been himself. He can’t get over the loss of his son which is buried between the farm and the lake.

Every even, just after dark, Vidor silently takes his row boat and disappears into the dark of the night onto the lake. Nobody, even Fenna doesn’t know what he does out there. He never speaks about it and when he returns, he acts as if nothing happened.

Some folks from a nearby hamlet gossip that he prays to the old spirits of the lake, begging them to bring his son back to life. Others say he’s tempting fate by going on the lake at night. It is rumored that the monster from the deep goes hunting after sunset…

Be the first to review “Fenna’s farm” Cancel reply