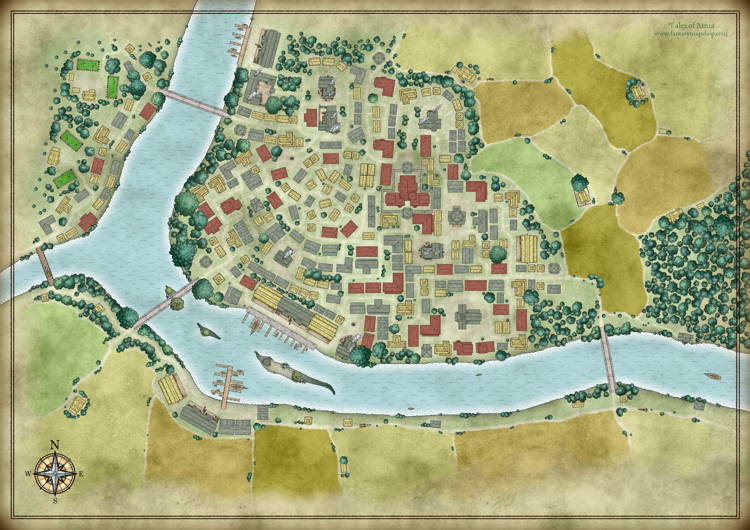 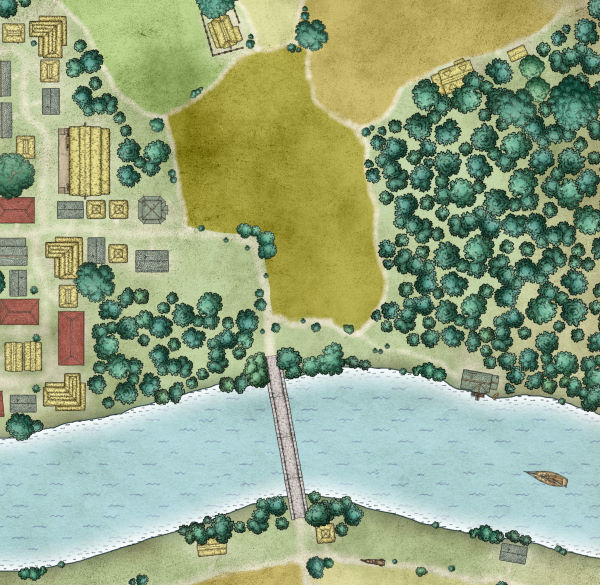 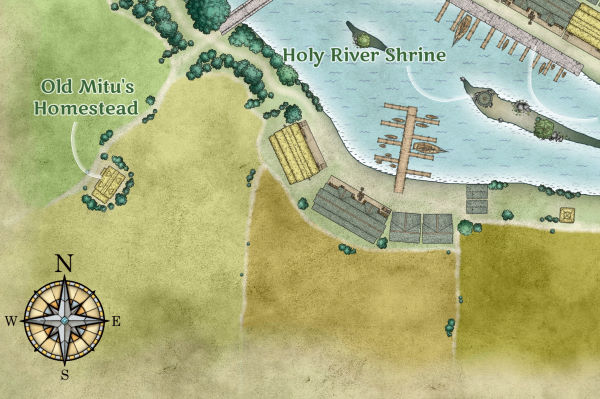 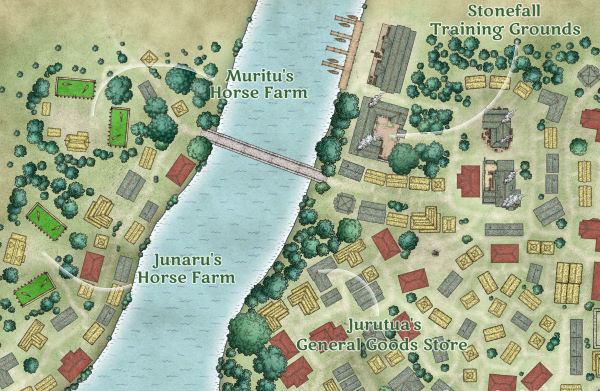 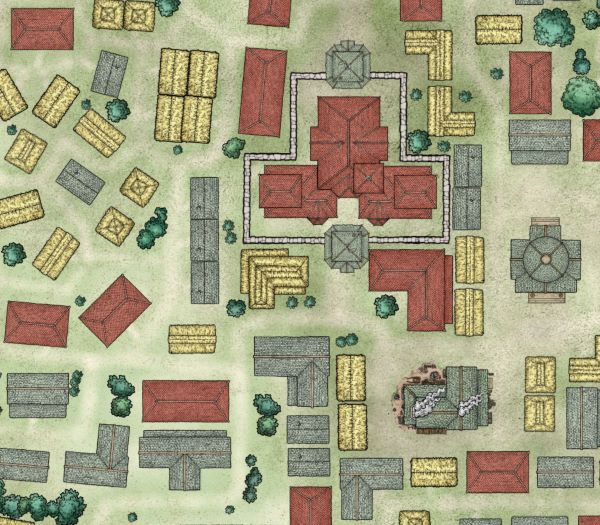 The download contains 2 VTT-friendly versions (under 8MB). One with the city name Jurutua on it as well as labels for important buildings (as potential plot hooks in the Tales of Asnia) and another version without any labels nor city name, if you want to make your own story out of it.

Jurutua is the largest town on all of Beltar, although still considered a relatively small town to most of the civilized world. It lies in one of the few places of the continent that’s not covered in ash from the continuous volcano eruptions to the north.

The people of Jurutua consider themselves the last bastion of civilization before entering the lands of the Ashen Tribes. The Warriors of Stonefall have pledged to defend the place against the northern ‘barbarians’.

Be the first to review “Jurutua” Cancel reply