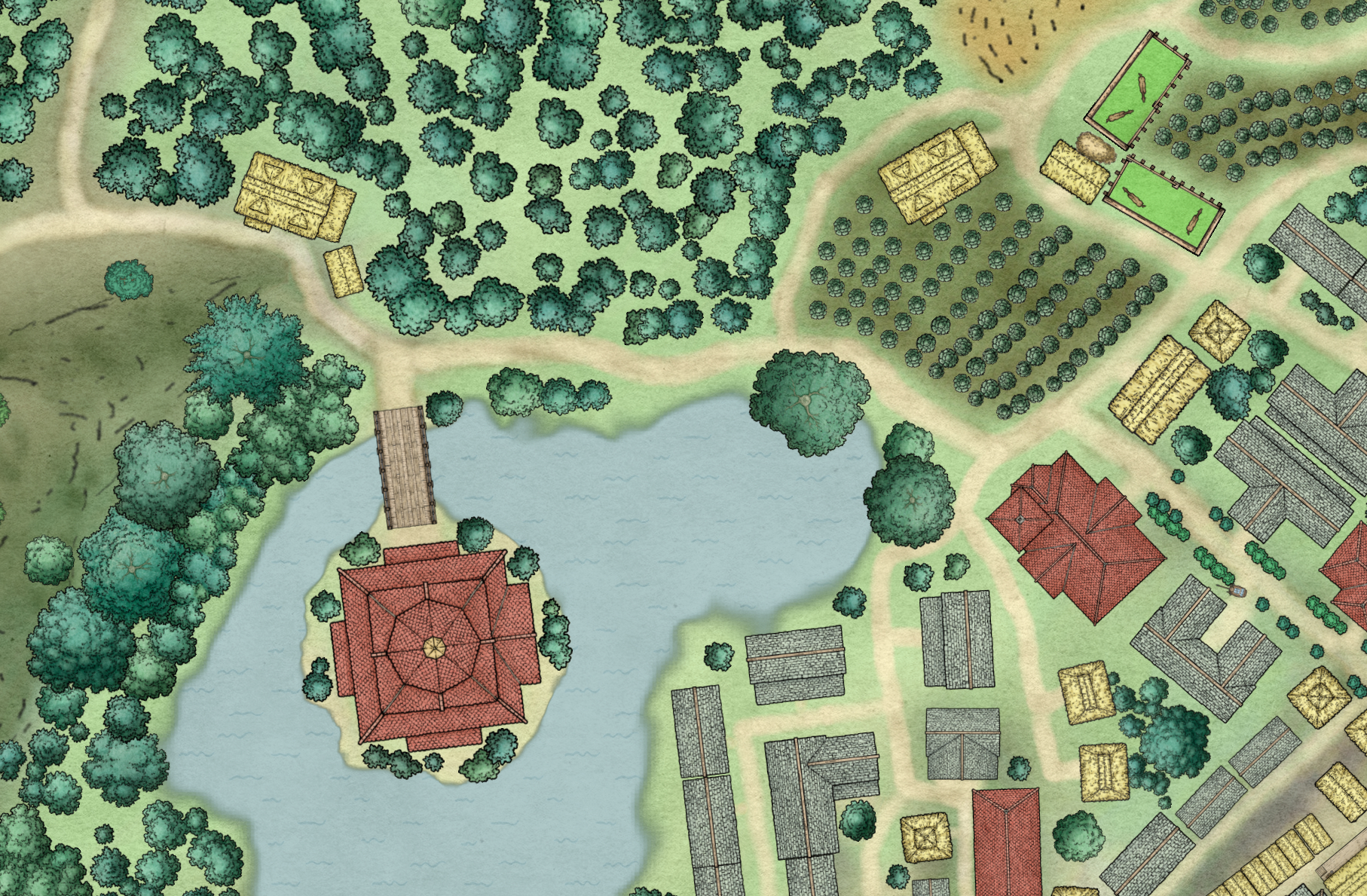 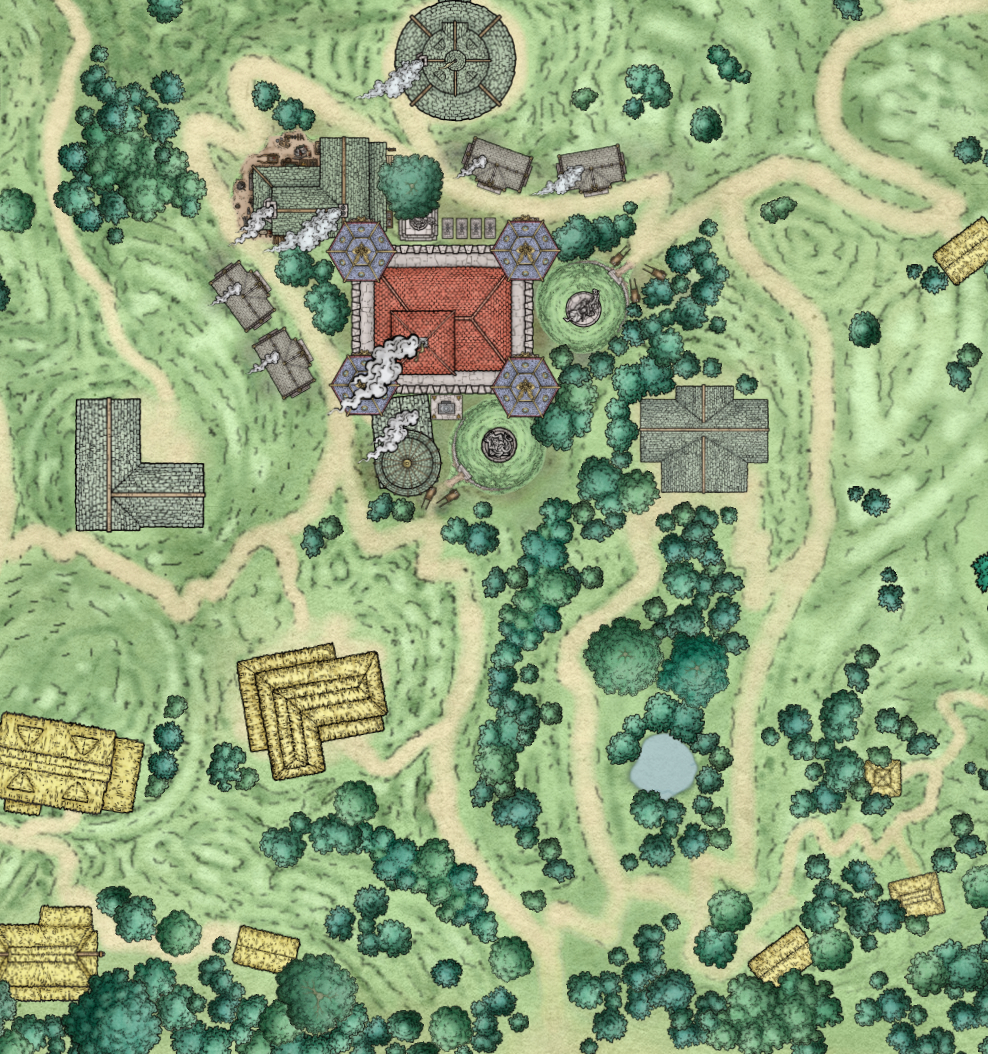 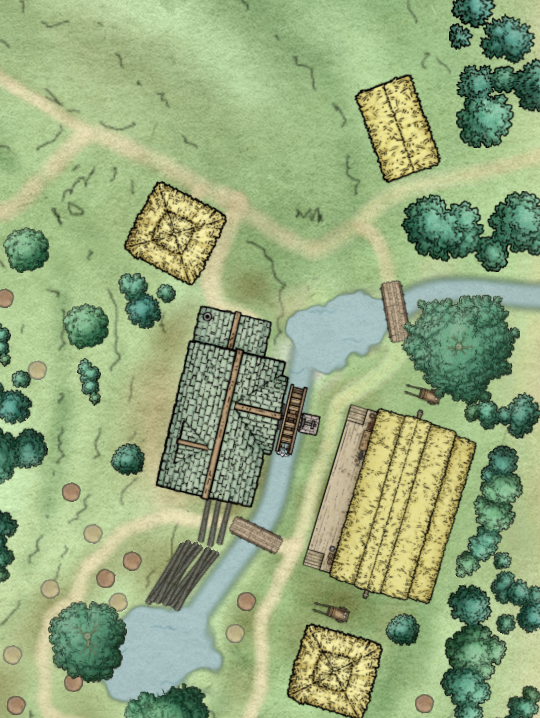 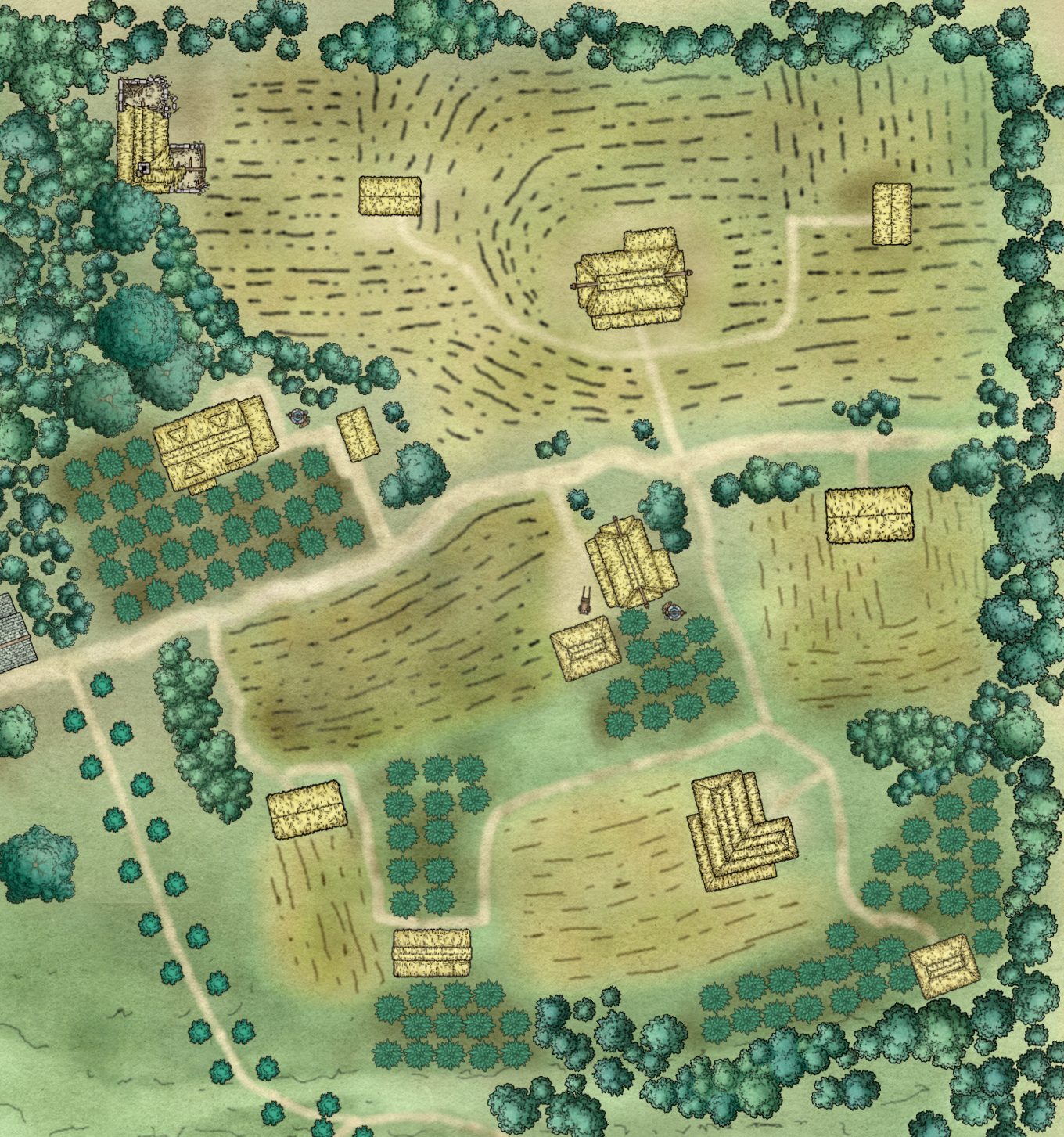 The map is in high resolution (7017 x 5347) as well as in a lower, VTT-friendly resolution. There is also a version without the scroll and name label and one with an empty scroll for you to fill out.

Lifferburgh is one of the main bases in the Summerfrost campaign and battle maps of places in this town are available and more will come in the future. Check out the Lifferburgh market, the Lifferburgh church and the ruined estate.

This town map is worked out in great detail. Lifferburgh is a city full of potential story hooks and and every neighborhood, building and landmark has a potential story. A church on top of a hill on the east, ruins on a western hill, a temple on a small island in the lake, a central market, a graveyard, lumber mill, tent encampment, hidden huts, working class houses as well as large villas, etc. For the market square and the ruined estate on the northwest side of the city, there is already a battle map available and soon there will be one for the Lifferburgh church as well.

Lifferburgh is the second biggest town of the Summerfrost district with a population of 2,300 and the capital of the Shard. Most of the food that is produced in the Shard is first being transported to Lifferburgh where it’s traded on the famous Lifferburgh Market.

A little to the south side of the city (off the edge of this map) flows the Rusty River, coming from the Iron Hills. The iron as well as other resources that are mined there are mostly transported with ships over this river and sold either on the Lifferburgh market or brought immediately out to the open sea towards Uban-Urk, the capital of the Monakin Empire.

For the most part, Lifferburgh is a relatively young town, except for the old, ruined estate on top of the western hill.

(Originally, this map was made as a commission for the 2nd book in the Madcap Series where the city has the name Fallcrest. The author/commissioner has agreed that I can use the map under the name Lifferburgh in my own campaign and in this shop).

Be the first to review “Lifferburgh city map” Cancel reply