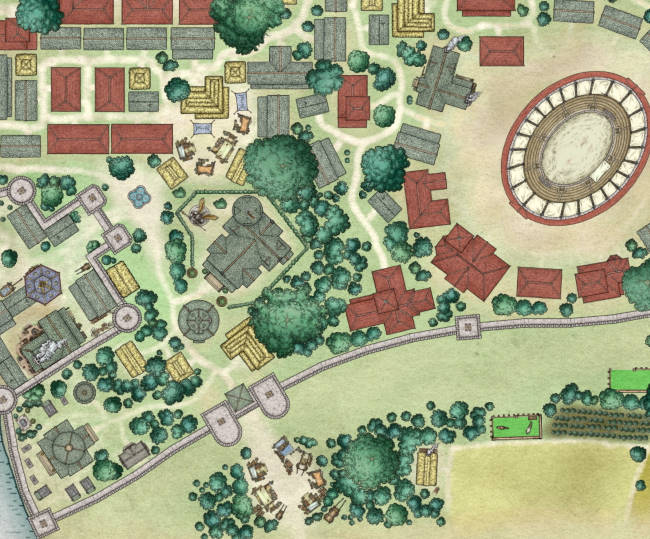 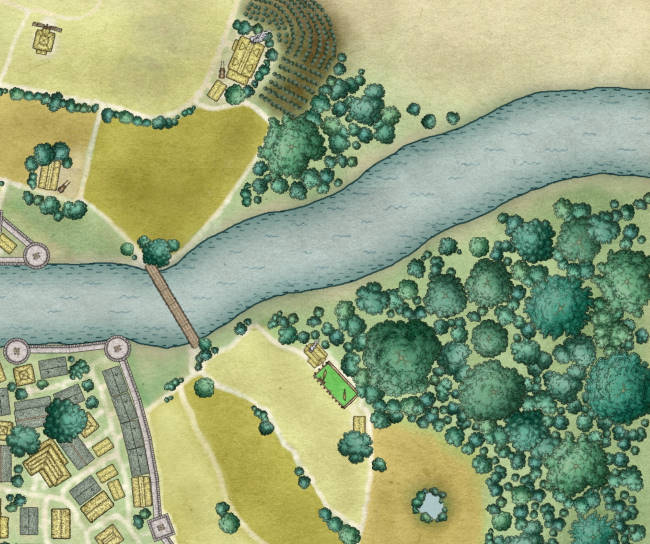 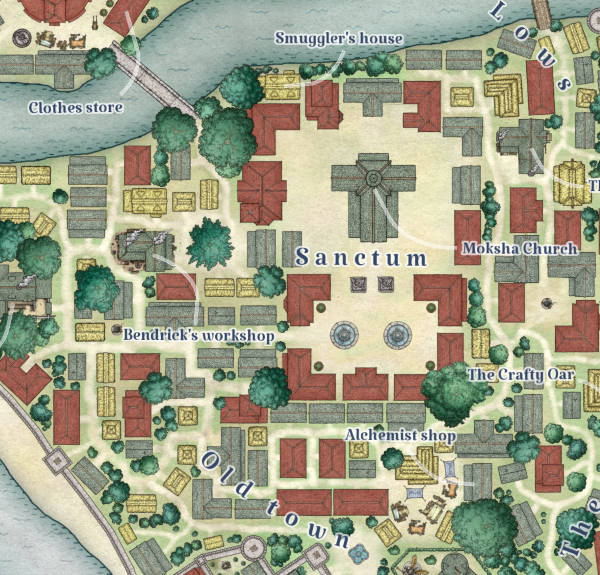 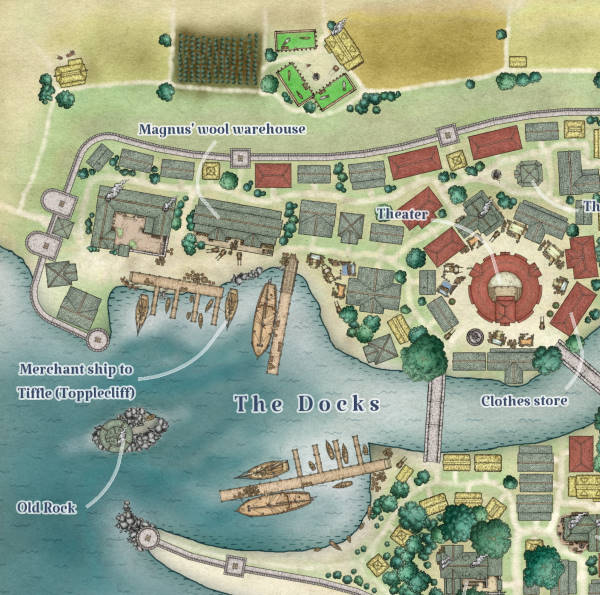 This products consists of 2 versions, both in a VTT-friendly resolution (3508×2480). One version has labels of many noteworthy places and buildings in the city while the other has no labels.

With a population of 2,180, Westport is the largest port city of Summerfrost and capital of Undith. All the goods from the Iron Hills and the Shard that either come directly or via the Lifferburgh Market, is sold and loaded into larger ships here.

Westport grew from a small fishing village to the town it is today during the last decennia, after emperor Jonakin 3rd captured and added the Iron Hills to his vast empire.

Taking a ship from Westport is the only way to reach the Puffin Islands.

Be the first to review “Westport” Cancel reply